On stage,  it’s the rage to live, in a way like Led Zeppelin, The White Stripes and The Black Keys. Warren, a singer with sometimes-androgynous vocalizations close to a Robert Plant and a guitar game to be classified between Jimmy Page and Jimi Hendrix, and « K20 », in John Bonham or Keith Moon of The Who for the sense of show and fury.

As proof, they were named « Revelations of Trans Musicales”, Rennes – France » in 2015 and have been selected to play at the famous MaMA Festival in 2017 and Eurosonic ESNS and MIL, Portugal in 2018.

Internationally, the band has performed in China, India, Indonesia and South Korea (in collaboration with Pierre A. Blanc at Kaiguan Agency, Libertalia-Music Records, Yugongyishan and the French Institute, Embassy of France in Korea) and also in Switzerland, Spain with always the same enthusiasm and pleasure.

Move from the high energy of the concerts to the first studio album ten titles « Technicolor Life« , the task seemed arduous. But KO KO MO began his discographic career by associating with the artistic director of Liverpool, Al Groves. This sound engineer is, since 2012, the sound engineer of the Studio Motor Museum, where Oasis, Arctic Monkeys, The Coral and The La’s went to record … Al Groves came to Nantes to meet Warren and K20 and to work on arrangements . He made the mix in Liverpool. This gives a thundering and terribly catchy sound object, distributed by Modulor (physical) and Musicast (digital). 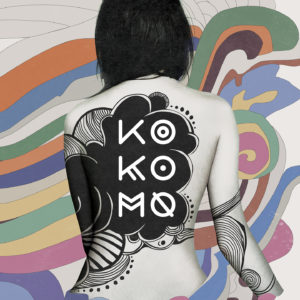